Last year was my first year really doing Easter Baskets for the boys. Each year they had an Easter Basket but we usually stuck to egg hunts and my mom filled their basket. Last year was a big Easter because I announced my pregnancy with Elijah! This year I’ll have three boys running around finding eggs. Eli will probably be crawling to eat an egg, but all the same!

Within their Easter Basket, there is one large egg that some clothing goes in. Last year they got a batman shirt with wings built in that Myles was obsessed with. This year I stuck to a Batman shirt, hopefully, they’ll like it even though it doesn’t have wings! Eli’s basket is more practical, full of little things he needs. The older boys are catered to their personality and things they specifically asked for. Myles had seen this “scorpion robot” and has been talking about it non-stop, I also added some Beyblades since I think one went missing. Noah is still obsessed with monster trucks so I got him one that is a little bigger than his others. I also got him a mini car garage with mini cars. 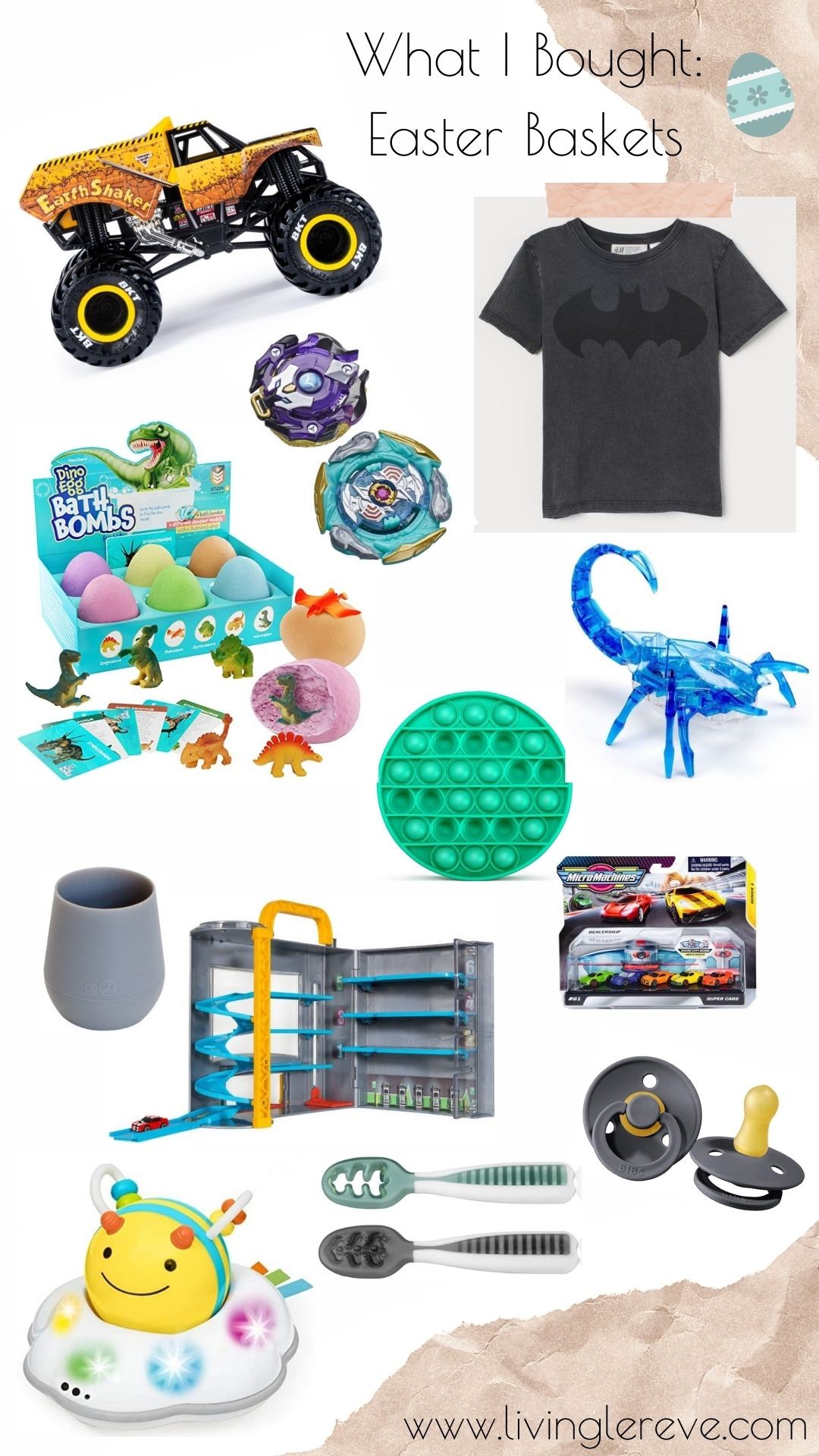 What I Want || Spring Sandals

Are we friends yet?

Sign up for my newsletter to get monthly updates that can only be found here!